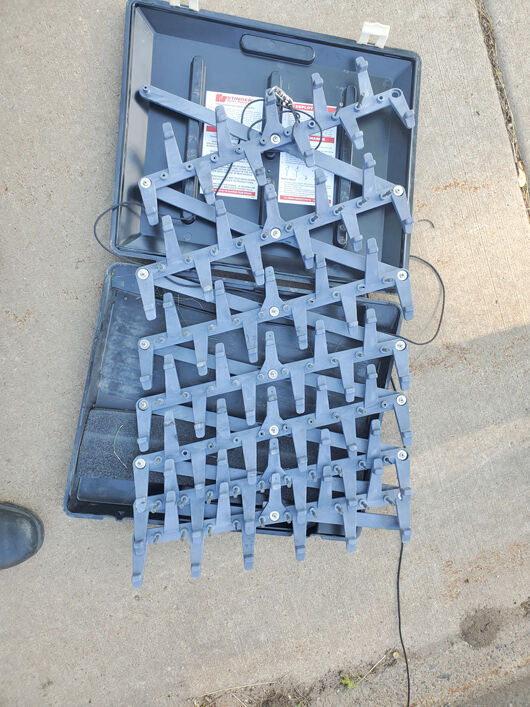 Pictured is a spike strip used to help end a high-speed chase in Chetek on Wednesday, June 2. When deployed by an officer, the device expands to cover the road in front of a fleeing vehicle. Note the missing spikes (small, vertical metal tines) that were likely detached when they pierced and deflated a tire. 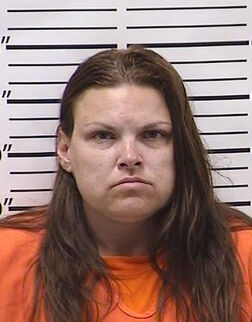 A high-speed chase of a van, allegedly stolen from Rice Lake, ended in Chetek after police officers used spike strips to deflate the van’s tires and used a PIT maneuver on the van.

Barron County Sheriff Chris Fitzgerald said Samantha Smith, 37, of Rice Lake, was the driver and was taken into custody without further incident, after the chase on Wednesday afternoon, June 2. Smith was charged in Barron County Circuit Court on Thursday, June 3, with fleeing an officer and operating a motor vehicle without owner’s consent, both felonies.

Fitzgerald said the vehicle’s owner called 911 to report the van being stolen. The owner said the van was driving south on CTH SS, past the Cedar Mall, at a high rate of speed.

A sheriff’s deputy reported the vehicle was traveling more than 80 mph as it approached Cameron. A Cameron police officer attempted to use stop sticks (spike strips), but the van evaded the stop sticks.

The chase continued south on CTH SS. Two deputies closed off the road in Chetek and deployed to sets of stop sticks. The van hit both stop sticks and lost air in both front tires, but continued to drive around 20–25 mph. A deputy then conducted a PIT maneuver, to stop the van.

Fitzgerald said there was minor damage to the deputy’s squad car.

Smith is scheduled to appear in court again on Friday, June 11.