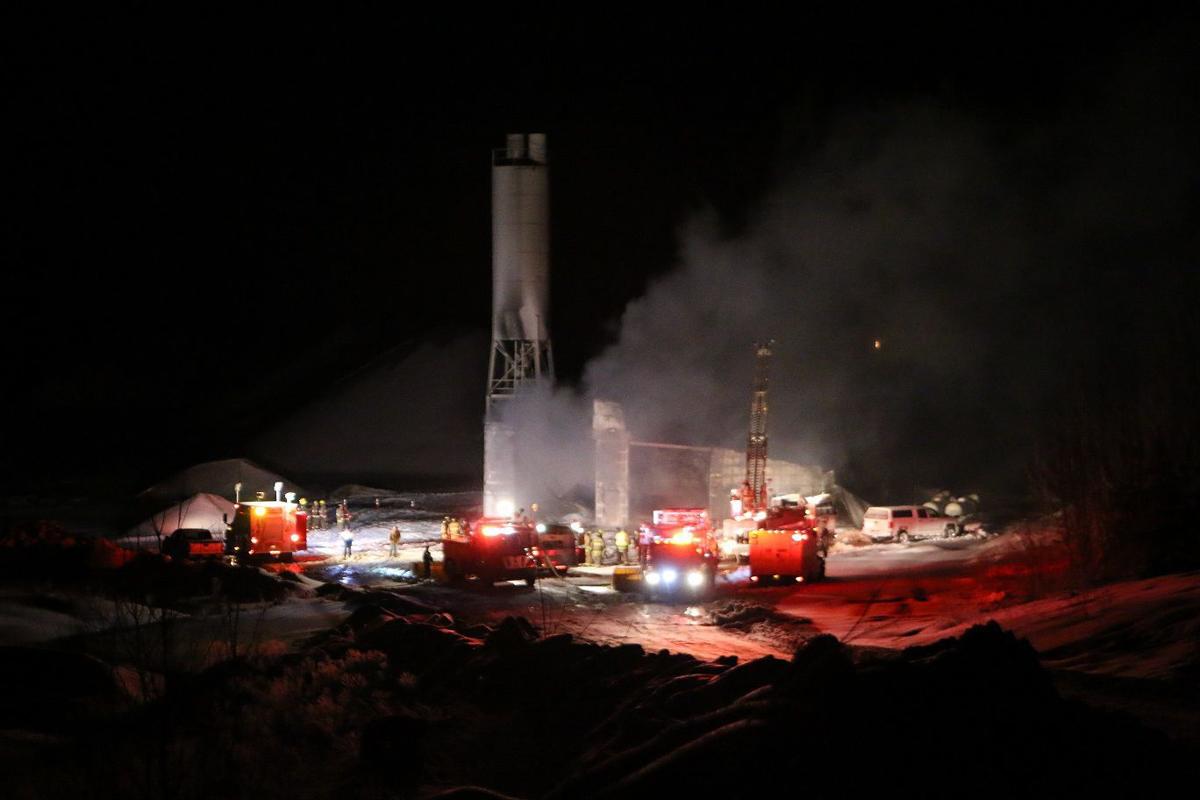 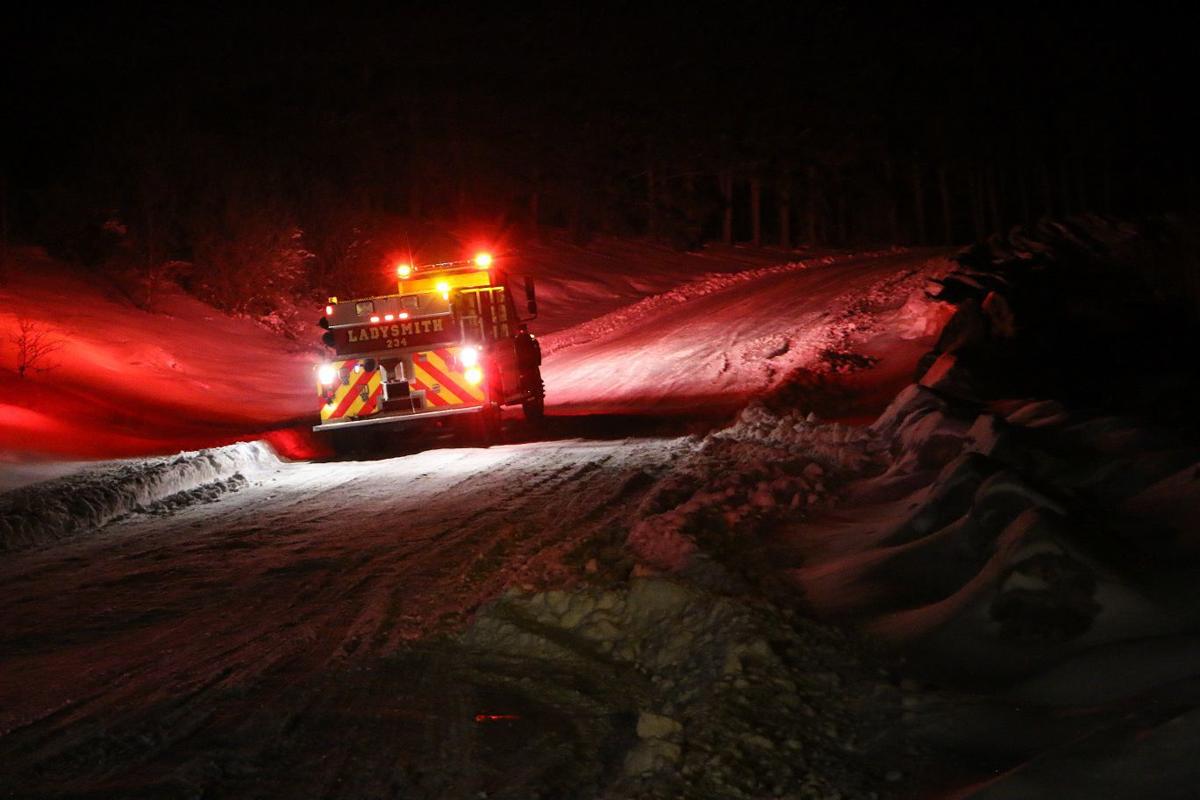 Firefighters from at least three area departments battled bitter cold and icy conditions while fighting a fire at a concrete plant north of Ladysmith on New Years Eve.

Tankers hauled water from nearby fillsites at the Thornapple River crossing and at Flambeau Avenue. Drivers backed into the site on a steep service road, dumping loads of water into holding tanks that supplied pumpers that fed firefighters lines. The Ladysmith Fire Department ladder truck also was called to help fight the fire.

A cause of the fire is not immediately known.

Follow the Ladysmith News for more pictures and information about this event.