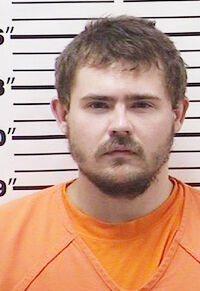 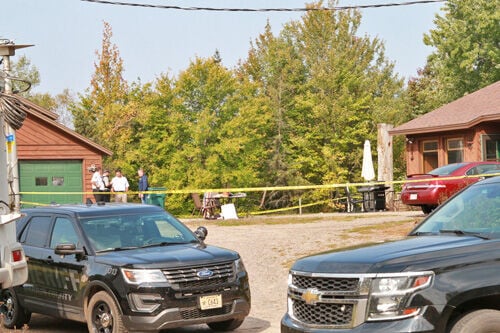 Barron County Sheriff Chris Fitzgerald, above, far left, and sheriff’s department investigators were at the residence Monday morning, Sept. 21, searching the property for evidence.
1 of 2

An arrest has been made in an apparent homicide involving a 23-year-old Chetek man on Sunday, Sept. 20, 2020, Barron County Sheriff Chris Fitzgerald announced today, Sept. 21.

The press release said that Garrett Macone, 23, of Chetek, was found dead outside a home at 1138 27th Street, rural Chetek shortly before 1 p.m. Sunday.

The victim's mother called 911 after she arrived at the home to find the victim lying outside, not breathing, and blood inside the house.

Sheriff's detectives arrived at the scene along with a reconstruction team from the Wisconsin State Patrol.

Fitzgerald said that Andrew Brunette, 25, of Rice Lake, was taken into custody late last evening, Sept. 20, after detectives conducted several interviews as part of the investigation.

Read the Sept. 23 issue of the Barron News-Shield for further details.