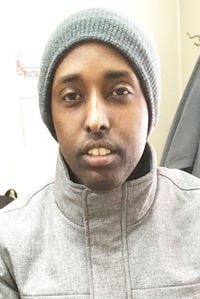 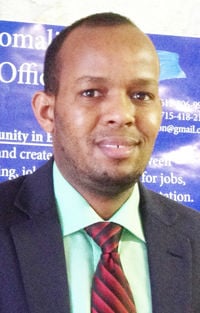 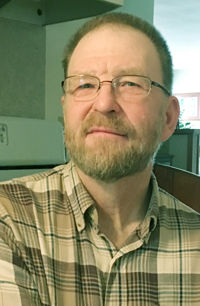 Voters throughout the city of Barron will be eligible to cast ballots Tuesday, Feb. 19, 2019, in what may be the most unusual (if not unique) election in the city’s history – a primary that will determine two candidates to run for an at-large seat on the City Council this coming April.

Three candidates have filed for the office, including Isaak Mohamed and Faisal Ahmed, two naturalized U.S. citizens who are members of Barron’s Somali community, and city resident Paul Solie, whose family has lived in the area for generations.

The top two vote-getters Feb. 19 will be on the ballot for the regular Spring Election on Tuesday, April 2.

A resident of the city of Barron for six years, Mohamed obtained citizenship at St. Paul, Minn., last Nov. 15.

“I love Barron, and the people who live here,” Mohamed said. “They welcomed me as a refugee. Now, I am a citizen and I want to be part of the community to help solve its problems.”

Serving on the council “is a way to give back to this country for allowing me to be a citizen,” he added.

Married and the father of three children, two of whom were born in Barron, Mohamed works as a Somali liaison for the Barron Area School District. He was formerly a member of the human resources department at Jennie-O Turkey Store.

“But I found I wanted to focus even more on kids,” he said. It was for that reason that he applied for the job with the school district. He divides his time among Barron High School, Riverview Middle School and two elementary schools attended by students of Somali extraction, including Woodland, in Barron, and Almena Elementary School.

Affordable housing and youth are among the most important issues Mohamed would address as a member of the council.

“We are short of employees (in Barron), he said. “Workers are needed. But the workers can’t find places to live.”

Mohamed runs a youth program in the city, but he said that more could be done to involve a wider population.

“I would like to address some kind of after-school program” for youth, he added. A lot of youngsters “have no place to go after school. They are bored at home between the time they leave school and bedtime.”

Born in Somalia, Ahmed was later in refugee camps in Ethiopia and Kenya before being allowed by the U.S. State Department to emigrate to the U.S.

A resident of Barron for 12 years, he became a U.S. citizen in 2015. Ahmed is also a certified election judge, and has helped with voting at City Hall since last year.

Married and the father of four children, two of whom attend Barron schools, Ahmed has been employed at Jennie-O Turkey Store since 2010, and now works in the company’s safety department.

“I am running for the office because I like this city and its people, and I want to be a part of its management,” he said. “I would like to show people that an immigrant to this country can become a U.S. citizen and a civil servant. I would like to connect the two communities of Barron, to share everything about ourselves … and … to encourage everyone to see themselves as a single community.”

Young people are an important issue in Barron, Ahmed said.

“There is a housing issue, and there is a meth issue among the younger members of our community — we want to find ways to deal with it,” he said.

His concerns about drugs are “not just for the Somali community but for all (affected by meth),” Ahmed said.

“In my opinion, we need after school programs for young children where they can spend their time, where we know where they are. Some go to the Barron Area Community Center, but we’d like to find out (other areas) where their interests are. The problem now is, after school we don’t know where (young people) are.”

A 1974 Barron High School graduate, Paul Solie has spent his career both in Barron and other parts of the world.

He spent 20 years heading up the water and sewer department in Grantsburg, Wis. from 1993 to 2013. He also lived in Spokane, Wash., where he was a social worker in a juvenile detention center.

Later, he and his wife lived in what was then known as Zaire (now the Republic of Congo) in Africa, as a rural development consultant for a program supported by the Covenant Church. The Solie’s were evacuated from Zaire when civil unrest broke out in the late 1990s.

After returning to Barron in 2013, Solie now lives in his parents’ former home, located on land near the Yellow River on the north side of the city.

“I noticed, nobody is in the audience unless they have some kind of business to bring up,” he said. “The last time there was an election, there was a write-in to fill the office. I thought it would be sad if that happened again.”

When he picked up his nominating petition at City Hall, “there were no other (documents) there, and there were none when I dropped (the petition) off,” Solie said. “I didn’t think I’d have an opponent – and it’s not in me to compete. I’m willing to work with whoever ends up getting elected.”

Throughout his youth and adulthood, Solie said he had an interest in farming. When health problems cropped up for his parents, Solie and his wife, Grachia, a teacher, returned to Barron, split the family property so a daughter could move in next door, and settled in to hobby farming.

“I got me nine head of cattle and we’re selling hay,” he said.

Barron faces the same challenges as many small Wisconsin towns, Solie added, as many of its local institutions have departed.

“The creamery, feed mill, bowling alley, jewelry store – are all gone,” he said. “The infrastructure is still here, and Barron’s got a lot to offer – with the library, golf course, airport, parks, community center, and pool, but the town needs to grow. None of us can wave a magic wand, but there are choices and decisions we have to work on as a community.”