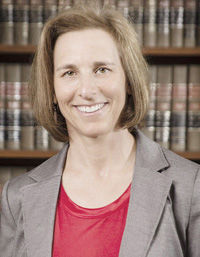 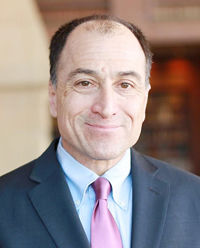 “If you want to change the work of the court and make it better you bring more viewpoints and more perspectives,” Fallone said. 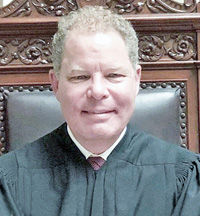 "The public does not want judges to legislate from the bench."

“If you want to change the work of the court and make it better you bring more viewpoints and more perspectives,” Fallone said.

"The public does not want judges to legislate from the bench."

Three candidates are vying for a non-partisan seat on the Wisconsin Supreme Court. They are Edward Fallone, current Dane County Circuit Court Judge Jill Karofsky and incumbent Daniel Kelly. The primary election is Feb. 18, with the two candidates receiving the most votes advancing to the general election on April 7.

While the Supreme Court is officially a nonpartisan office, Kelly is supported by Republicans while Karofsky and Fallone are backed by Democrats. Kelly is part of the court’s 5-2 conservative majority,

Karofsky previously served as executive director of the Wisconsin Office of Crime Victim Services. She also worked as an assistant attorney general, serving as the state’s Violence Against Women resource prosecutor and as deputy district attorney in Dane County, prosecuting felonies and misdemeanors. She also worked as general counsel for the National Conference of Bar Examiners, and worked as an adjunct professor at the University of Wisconsin Law School, teaching about victims in the criminal justice system and trial advocacy.

In an interview on Wisconsin Public Television, Karofsky said voters should elect her to the state supreme court because she has the experience, values and energy to win the election and serve on the state’s highest court.

“I am the only person on this race who is or who has ever been a trial court judge,” Karofsky said in the interview. “I also have experience as a prosecutor. I know how to be smart on crime.”

Karofsky cited her background, identifying presiding over more than 1,700 cases last year and seeing how the law impacts individuals. She identified her experience as a prosecutor and protecting individual rights of victims, witnesses, defendants and other community members.

Justices are operating more as politicians, according to Karofsky. She claimed justices make decisions before they enter the chamber, not following the rule of law and protecting corporations over protecting water and air from pollution.

“What we have is a justice in Dan Kelly on the court who makes decisions every time he has the opportunity to for corporations, for the wealthy and the right wing special interests that worked to get him on the court and is working hard to keep him on the court.”

Karofsky is the daughter of Peter Karofsky, a local pediatrician, and former Middleton Mayor Judy Karofsky, one of the first women in Wisconsin to serve as mayor. She has two children, a daughter in college and a son in high school.

Ed Fallone grew up in a middle-class family in Maryland, the son of a public school teacher and a stay-at-home mom. He ran unsuccessfully for the Wisconsin Supreme Court in 2013, losing that election to Chief Justice Patience Roggensack.

As one of four children, he received an academic scholarship to Boston University for both his undergraduate and law degrees. After graduating at the top of his class, he was recruited by Fried Frank Harris Shriver and Jacobson in Washington, D.C., where he worked on one of the largest criminal grand jury investigations in U.S. history.

Fallone and his wife, Heidi, moved in 1992 to Wisconsin, where Ed began a more than 25-year teaching career at Marquette University Law School.

Fallone has dedicated his life to making the legal system more affordable for low-income and middle-income individuals, and to supporting the needs of the Latino community in Wisconsin. He served on the boards of organizations such as Voces de la Frontera Accion, the Latino Community Center, Centro Legal, Catholic Charities Legal Services for Immigrants, and Catholic Charities of the Archdiocese of Milwaukee.

In an interview on Wisconsin Public Television, Fallone, who is endorsed by democratic Milwaukee Mayor Tom Barrett, claimed there is dysfunction on the state supreme court. He called it divided and more than ever in need of change, saying it needs a wider diversity of legal perspectives and experiences on the bench.

“If you want to change the work of the court and make it better you bring more viewpoints and more perspectives,” Fallone said in the interview. “Just electing more of the same judges with the same narrow perspectives is not going to change our system.”

He claimed in the interview Kelly has located his campaign headquarters in the Republican Party headquarters and has “embraced his political affiliation.”

“We see partisan attacks by other candidates that really poison the waters and prevent any sort of cooperation or consensus building,” Fallone said. “I am making an affirmative case based on my qualifications. I am not engaging on any partisan attacks.”

Ed and Heidi, who live in Milwaukee, have been married for 28 years and have two children, Emma and Andrew.

Kelly, the incumbent, was appointed to the Wisconsin Supreme Court four years ago by then-Governor Scott Walker. He has been endorsed by President Donald Trump.

As a student at Regent University Law School, he was founding editor-in-chief of the law review. After graduation, he landed clerkships on the Wisconsin Court of Appeals and the U.S. Court of Federal Claims (Office of Special Masters).

After serving as a staff attorney with the U.S. Court of Federal Claims (Office of Special Masters), Kelly moved into private practice. While he focused primarily on commercial litigation, Kelly also developed his criminal law and trial experience by representing individuals in both misdemeanor and felony cases. He later gained prosecutorial experience while serving in the Milwaukee County District Attorney’s Office as a special prosecutor where he tried misdemeanor and felony cases. For his service as a special prosecutor, Kelly was awarded the Outstanding Service to Milwaukee County Award in 2002.

Kelly eventually stepped away from the day-to-day practice of law to serve as vice-president and general counsel for one of the state’s largest charitable organizations. There he helped facilitate philanthropic support for nonprofit organizations like Milwaukee School of Engineering and Teach for America.

He returned to the practice of law when he co-founded his own firm, Roghan Kelly, in Waukesha County. He stayed active in his community, serving on the Wisconsin Advisory Committee for the U.S. Commission on Civil Rights and the President’s Council for Carroll University.

In an interview on Wisconsin Public Television, Kelly said he should be elected based on his judicial philosophy. This philosophy is based on a Constitution that is structured to secure freedom and liberties and preserve law and order.

“That centers around faithfulness to the Constitution and applying its terms the way it has been written, not as we might wish it to be written, but as it is actually adopted and maintained by the people of Wisconsin,” Kelly said.

The public does not want judges to legislate from the bench, according to Kelly, who recently recused himself from a case that could come before the state supreme court involving a conservative group’s effort to force the removal of 230,000 names from the voter registration rolls. The recusal, he said, was because the case involves an election where he will be a candidate on the ballot.

The Supreme Court is the state’s highest court. It is composed of seven justices, elected to 10-year terms in statewide, non-partisan April elections. Located in the state Capitol, it has appellate jurisdiction over all Wisconsin courts and has discretion to determine which appeals it will hear. It may also hear original actions — cases that have not been heard in a lower court. The court selects the cases it will review based on criteria described in the Wisconsin Statutes.

In addition to its case deciding function, the State Supreme Court has administrative and regulatory authority over all Wisconsin courts and the practice of law in the state.