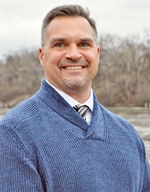 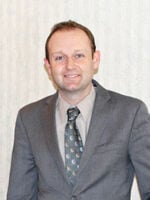 Two candidates will be on the April 6 ballot for the Wisconsin Court of Appeals District III covering the northern half of the state.

Rick Cveykus is an attorney and community leader, currently the managing partner at Cveykus Law in Wausau. He has built a broad practice in criminal law, family law and small claims.

Gregory B. Gill, Jr. has served as an Outagamie County circuit court judge for the last 9 years. He was originally appointed to the position by former Governor Scott Walker and has since been twice re-elected.

Gill has received donations and endorsements from dozens of important Republican officials. Cveykus has taken out several personal loans to keep up.

They seek a 6-year term on the bench. They debated textualism and the influence of money in judicial races during a recent virtual candidate forum hosted by the Wisconsin Association for Justice.

He currently volunteers his time as an attorney with Wills for Veterans and a Judge for the We the People Program. He is an active member of the Marathon County Historical Society.

“The people of northern Wisconsin deserve judges who will work every day to ensure our legal system is open, fair and treats every Wisconsinite with dignity,” said Cveykus in announcing his campaign. “I have built my career on helping people in the most stressful situations navigate our often daunting legal system. As an appeals court judge, I intend to help make our system work better, not just maintain the status quo.”

Cveykus received an undergraduate degree in political science and a Juris Doctorate from the University of Wisconsin-Madison. He currently serves on the Board of Directors for the UW Alumni Wausau Chapter.

Cveykus lives in Wausau with his wife, Rebekah, a public school teacher and member of Wisconsin Educators Association Council. They are expecting their first child in January.

Gill is part of a general rotation handling criminal, civil, family and juvenile matters. In addition, he is the presiding judge for the Outagamie County Mental Health Court and previously presided over the County’s Veteran’s Treatment Court as well. Aside from his day-to-day judicial duties, he also has been part of various court related committees and educational programs.

Gill identifies himself as a textualist and judicial conservative. Textualism is the form of interpretation that focuses on the plain meaning of the text of statutes and the Constitution.

“In some cases, if there has been a change in meaning over the years, I believe that we must look backwards,” Gill states on his campaign website. “In essence, that means reading the text of the constitution through an originalist lens. Originalists believe that the constitutional text ought to be given the original public meaning that it would have had at the time that it became law.”

Gill says he practices a philosophy of restraint over activism, believing judges must interpret the law strictly rather than seek to make new laws.

“Judicial activists seek to change, or perhaps even create legislation from the bench. I do not believe that the role of a judge is to create legislation. Rather, I believe judges should be responsible for interpreting laws created by the legislature and determining if they are constitutional,” Gill said.

Prior to his time on the bench, Gill was most recently, a partner at his family’s law firm, Gill & Gill. His practice focused primarily on labor and employment law. Before his time in private practice, he was a law clerk for Federal District Court Judge William C. Griesbach.

Gill attended law school at Marquette University, during which time he had an internship with the Honorable John L. Coffey of the 7th Circuit Court of Appeals. His undergraduate studies were held at the University of Wisconsin-Madison. At UW-Madison, he was a member of the University’s Track and Field Team and a two-time Big 10 Champion and one-time All-American in the Decathlon.

In the debate, Cveykus called textualism “a buzzword” candidates use to get votes. “In my belief, it’s a bit disingenuous and used to cover up judicial activism, especially from the right,” he said.

Cveykus said when the text of the law is clear, every judge would apply the law in the same way. Issues arise when statutes are in conflict or, like the state constitution, the law was written 150 years ago when certain technologies or processes in question didn’t exist.

“The ugly truth is every judge knows that textualism is where we all start, but it alone can’t resolve all of the issues that come before the court,” Cveykus said.

Cveykus called into question the sources of the $125,000 of campaign donations that Gill has received, saying many came from supporters of far-right agendas.

Cveykus and Gill are competing for the District III Court of Appeals seat being vacated by Judge Mark Seidl, who is not seeking re-election.