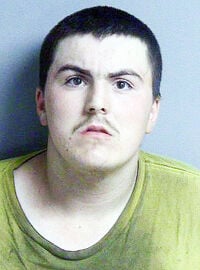 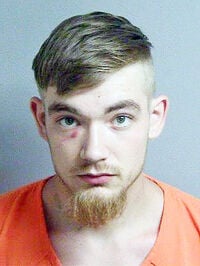 Two men are scheduled for an 18-day trial in Rusk County Circuit Court to begin Jan. 10 for their alleged involvement in the shooting deaths of a Sheldon couple.

Adam R. Rosolowski, 22, Sheldon, and Joseph W. Falk, 19, Catawba, appeared in Rusk County Circuit Court on Dec. 27 for oral hearings in preparation of their scheduled trial to begins on Jan. 10 and expected to continue through Feb. 2.

Additionally, Rosolowski is also charged with one count of misdemeanor bail jumping; each of his charges also have a repeater modifier applied.

During the oral hearing, one concern for potential issue of conflict of interest is Rusk County Assistant District Attorney Les Liptak was formerly representing the state of Wisconsin and is now working for the public defender’s office. The court did not find any sufficient conflict of interest and determined the trial would continue as scheduled, beginning on Jan. 10.

In addition to Rosolowski and Falk, Tristan G. Shober, 17, also participated in the incident. On Feb. 24, 2021, he pleaded no contest to two felony counts of felony murder as a party to a crime. As part of a plea agreement, five other charges were dismissed but read in.

On May 27, Shober was ordered a stayed sentence of seven years incarceration and to serve one year in the Rusk County Jail. He was placed on 20 years probation following 365 days in the Rusk County Jail. While on probation, Shober must maintain absolute sobriety, must not have contact with the Rosolowski family unless it is requested by them, no contact with Adam Rosolowski or Joseph Falk.

Shober must participate in a Restorative Justice Probram or any programming deemed appropriate or recommended by his probation agent. Shober will be required to participate in CBT therapy, provide a DNA sample and pay the surcharge and pay restitution.

Rosolowski was arrested later that day in Price County and brought to the Price County Jail. While there, a Price County deputy noticed a red colored substance, that allegedly looked like blood, on Rosolowski’s pants. During the investigation, it was determined Shober and Falk were involved in the incidents.

At 4:39 p.m. that same day, the Rusk County Dispatch received a 911 call from a man stating he had found Robert and Bonnie Rosolowski deceased from what appeared to be gunshot wounds at their township of Marshall home.

A Rusk County investigator and a special agent with the Division of Criminal Investigation interviewed Shober at the Price County Sheriff’s Office. According to the criminal complaint, on the morning of June 6, 2020, Falk picked Rosolowski and Shober up and together they drove to Rusk County.

Shober told law enforcement they were headed to Rosolowski’s grandparents’s home and had brought with them three guns. Shober had a .40 caliber handgun, Falk had a 12-gauge shogun and Rosolowski had a black handgun.

Shober said Falk and Rosolowski entered the Rosolowski residence through an unlocked garage door, then into the basement to retrieve a speaker and some clothing.

According to the criminal complaint, Robert and Bonnie Rosolowski arrived, Shober allegedly yelled to the other men, and all three of them snuck out a back sliding door and ran to a shed. After they smoked a cigarette, Shober returned to sit in the truck to listen to music.

After about 30 minutes, Shober told law enforcement he heard a gunshot and got out of the truck to see what was happening.

Shober admitted that during the drive to the grandparent’s residence, Rosolowski and Falk told him that they were planning to shoot Robert and Bonnie Rosolowski because Rosolowski believed his grandparents had messed up his life.

According to the criminal complaint, when the three men left the residence, Falk was driving his truck and Rosolowski was driving a black truck that he had taken from his grandparent’s home. All of the guns were placed behind a seat in Falk’s truck, including a .22 and a 12-gauge shotgun from the Rosolowski’s residence.

In an interview with a Rusk County investigator and a special agent with the Division of Criminal Investigation, Falk allegedly admitted he shot both Robert and Bonnie Rosolowski with his 12-gauge shotgun.

In an interview with a Rusk County investigator and a special agent with the Division of Criminal Investigation, Rosolowski initially claimed he hadn’t been in Rusk County for several months. However, later in the same interview, he indicated he had been at his grandparents’ township of Marshall home at 9:30 p.m. on June 6.

Rosolowski admitted he went inside the residence to get clothing and a subwoofer. The criminal complaint alleges Falk wanted Robert Rosolowski’s truck and was upset he couldn’t get it. Rosolowski told law enforcement he saw his grandfather shot to death and his grandmother running around the home, bleeding from the mouth area.

Rosolowski told law enforcement he saw Falk shoot a shotgun through the door, striking his grandmother and to holding a .357 caliber while inside of the residence.

While being held in custody at the Rusk County Jail on June 9, Rosolowski requested to speak again with law enforcement. Rosolowski admitted to being inside the township of Marshall residence when Falk shot Robert Rosolowski and he admitted to firing two shots aimed at his grandmother’s head.

The trial for Rosolowski and Falk is scheduled to proceed from Jan. 10 through Feb. 2 in Rusk County Circuit Court.