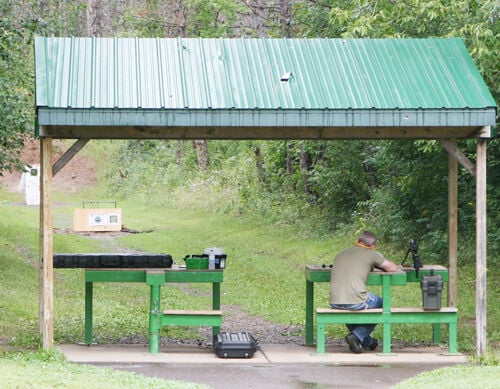 Problems with late-night shooting and vandalism have prompted the Barron County Board of Supervisors Property Committee to approve closing the Owen Anderson Shooting Range, town of Arland, from 6 p.m. to 8 a.m.

Committee members approved the closure at their regular monthly meeting Monday, Aug. 24, 2020, at Barron. The proposal moves on to the County Board for a final vote in September.

“We’d like to have it so that the gate opens and closes automatically,” Beranek said.

“What happens if someone is locked in?” asked Supervisor Russell Rindsig, Dist. 17, Haugen and town of Bear Lake, who chairs the committee.

“They’d have to call 911,” Wolfe said. He said the gate is equipped with a sensor that keeps it from closing if a vehicle is there.

Complaints from nearby residents are one of the reasons for the change, Beranek said.

“Now (the shooters) are there in the middle of the night with infrared scopes,” he said.

Jeff French, county administrator, said he had also heard about the noise complaints.

“I do feel for people who live that close,” he said. “It’s sometimes 9 or 10 at night and people are there with laser scopes, shooting.”

Committee members also learned that vandals have shot out signs at the range, shot holes in the roofs over the shooting benches, and dropped litter on the grounds.

In a related action, the committee approved using $1,200 in proceeds from timber sales to help clean up damage from the 2019 windstorm at an all-terrain vehicle intensive use area in the town of Arland.

The county-owned site is north of 10 ½ Avenue, alongside the Hay River, between County highways F and P.

The request was made by Wolfe, in behalf of an ATV club from the town.

“We asked them to spend their own funds before making this request,” Wolfe said. “They would like (the $1,200) to clean up blowdowns from the storm.”

Unlike other clubs that receive funds from state ATV registration fees, the Arland club doesn’t get state support, Wolfe added.

“Ken (Beranek) and I were there earlier this summer,” Wolfe said. “If we were to keep (the intensive use area) open, it needs work. And at eight dollars an hour, it makes more sense for the club to do the work.”