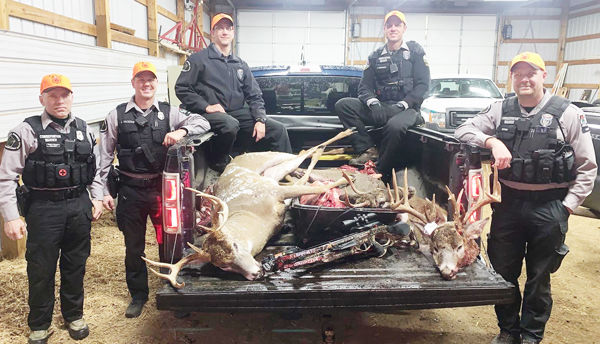 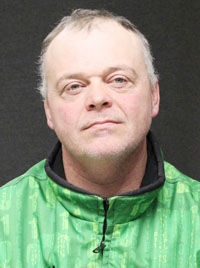 Man had three poached deer on his property

Man had three poached deer on his property

A Boyceville man made an initial appearance Tuesday, Feb. 18, 2020, in Menomonie, in connection with alleged deer hunting violations from November 2019, including the alleged poaching of a 17-point trophy buck on land near Ridgeland, according to Dunn County Circuit Court records.

Defendant Ray C. Stuart, 42, E2815 Wisconsin Hwy. 64, Boyceville, was charged in the complaint with five county-related counts, including resisting an officer, three counts of illegal deer hunting and/or possession of a deer carcass out of season, and one count of illegal deer shining. He was also charged with one Natural Resources deer hunting rule violation.

Court records said the defendant waived his right to a lawyer and was freed on $500 signature bond pending an April 13 appearance. If convicted on all counts, the defendant faces maximum penalties of up to more than three years behind bars, fines of up to $20,000, and the loss of his hunting privileges for up to as much as 15 years.

Two wardens went to the home and spoke to the woman. She said the defendant shot an eight-point buck with a crossbow on or about Nov. 16, while road hunting. She said that four days later, on Nov. 20, he also shot a four-point buck with a crossbow after dark behind their home. According to the witness, the defendant thought he was shooting a bigger buck but accidentally shot the four pointer because it was too dark.

The woman also said the defendant used a spotlight to shoot “a very large 17-point buck with a rifle after dark on Nov. 22 on land in the town of Sheridan, southwest of Ridgeland. The woman said the defendant’s son helped retrieve the trophy buck during the night and later registered it under the son’s gun-deer license.

Records showed the defendant’s son bought a gun deer license at 10:52 p.m. Nov. 22, 2019, a time that “is coincidentally consistent with the time (the witness) said the defendant had shot” the 17-pointer, the complaint said.

All three kills were either out of season or after hours, according to the complaint.

The witness allowed wardens into an attached garage at the home, where they discovered three deer carcasses. Each gave evidence of having been shot much earlier than Nov. 26, and had begun to rot.

Two wardens made contact with the defendant later the same day. He became upset and said they were there (only) because they were “listening to a crazy loon.” The defendant said the 17-pointer was legally shot on the opening day of gun-deer season in the woods behind their house.

But the complaint said the defendant later admitted having had his license revoked several times and said “he knew he wasn’t going to hunt the rest of his lifetime.” He allegedly admitted to shooting the two smaller deer while his license was revoked.

The defendant and his son both allegedly insisted that the 17-pointer was shot from a stand behind their home.

However, under further questioning, the defendant allegedly told wardens “that he shot the 17-point buck in the neck in an area near Dunn County Hwy. VV, town of Sheridan.”

He allegedly said he “snuck through 28 rows of corn, spotlighted the buck, whistled ‘til (the animal) stood up and shot him right there.” The complaint said the defendant waited for his son to come home and they picked up the buck together.

The complaint said the defendant refused to turn over the rifle used to poach the buck, and at one point said the gun wasn’t in the house.

He allegedly told wardens that both his belly and freezer would have been a lot fuller if he had got rid of his “crazy (expletive deleted) wife” years ago. He allegedly said shooting venison was cheaper than beef and was a chance he had to take to feed his family.

Wardens asked the defendant if he would continue poaching deer and he said he hoped not, but later admitted he was supposed to stop hunting several times, and he never has.