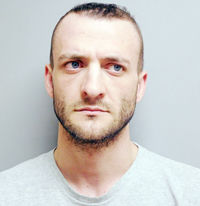 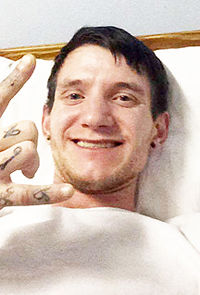 A former Bruce man pleaded no contest on Wednesday in Rusk County Circuit Court to one count of first degree recklessly endangering safety for his connection to the death of Jeffrey Putbrese, 28, of Hudson.

The maximum sentence for one count of first degree recklessly endangering safety, as a repeater, is 18.5 years incarceration or $25,000.

While on probation, Grosskreutz cannot have contact with any individuals known to use, possess or distribute illegal substances, with the exception of individuals who are sober and actively involved in treatment. Grosskreutz will be required to provide a DNA sample and pay the surcharge.

District Attorney Annette Barna read a victim impact statement written by the mother of the victim, Jeffrey Putbrese. In the statement, Putbrese’s mother said, “he should be charged with murder because that’s what he did…even the wrong charge is better than no charge.” She said Putbrese struggled with addiction but was a good man and wanted to get clean and rejoin his family.

Barna spoke of the seriousness of the offense. Grosskreutz is accused of providing Putbrese with methamphetamine and after several failed attempts of Putbrese administering himself, Grosskreutz assisted Putbrese with administering the drug. Later in the evening after Putbrese had left Grosskreutz’s residence, law enforcement responded to a fire at a mink ranch in the township of Stubbs.

Hours later, Putbrese’s body was found in the burned building. Toxicology reports indicated Putbrese died of thermal injuries and inhalation of products of combustion from the fire with methamphetamine a contributing factor.

The seriousness of the offense makes Grosskreutz a danger to himself and to the public, according to Barna. The agreement for five years probation takes into consideration Grosskreutz’s lack of treatment.

Grosskreutz was scheduled for an assessment to take place on Wednesday, and when released, would be enrolled in an intensive outpatient treatment to address his needs.

A sentencing hearing is scheduled for Jan. 8 in Rusk County Circuit Court.